Sergio Perez leads the Office of Independent Review. Sergio was appointed as Executive Director in May of 2020 by the Orange County Board of Supervisors.

Sergio has worked within the fields of civil rights and accountability for over a decade. After graduating from Yale Law School, he joined the U.S. Department of Justice’s Civil Rights Division as a trial attorney, addressing allegations of unconstitutional policing practices across the United States and its territories. He was part of the team that investigated and prosecuted Arizona’s Sheriff Joe Arpaio and the Maricopa County Sheriff's Office for racial profiling and other unlawful policing practices. He then worked for the Consumer Financial Protection Bureau as Enforcement Counsel, with a focus on rectifying discriminatory lending practices.

From 2014 through 2018, Sergio served as the Director of Enforcement for the Los Angeles City Ethics Commission, leading a team of attorneys and investigators who worked to hold elected officials, lobbyists, and campaign donors accountable. In 2018, his team investigated money laundering allegations that led to the resignation and conviction of a Los Angeles Unified School Board member. He then joined the California Department of Justice as a Deputy Attorney General, and was part of the team that assessed the practices of the Sacramento Police Department following the shooting of Stephon Clark.

Most recently, Sergio worked with the Los Angeles County Office of the Inspector General to investigate allegations of excessive force within L.A. County juvenile halls and camps. He served as chief author of a public report that brought to light troubling practices and ultimately led to the elimination of pepper spray in those facilities.

Sergio is the son of formerly undocumented immigrants from Mexico and was the first person in his family to graduate from high school. He earned a bachelor’s degree in History and Political Science from the University of California, Berkeley in 2007, where he graduated with high honors and was inducted to Phi Beta Kappa. He graduated from Yale Law School in 2010. 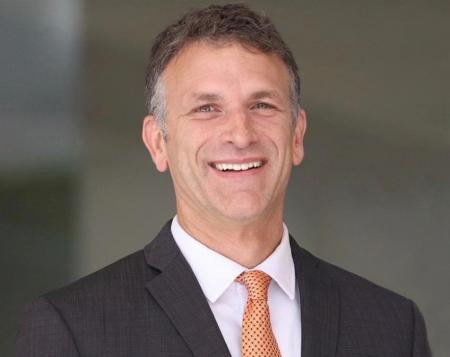 T. Jack Morse, Jr. serves as the Investigations Manager for the Office of Independent Review. Jack joined the OIR in September of 2020.

Jack began his legal career with the U.S. Department of Justice, where he served for eight years as a police practices attorney with the Special Litigation Section in Washington, D.C.  In that capacity, Jack led or took part in extensive investigations and oversight efforts in jurisdictions throughout the country to address various issues in city and county law enforcement agencies and correctional facilities.  He conducted comprehensive reviews of police departments to assess officers’ uses of force, complaint processes, and disciplinary systems; negotiated multifaceted settlement agreements to address unconstitutional police conduct; and worked with city officials, police command staff, and community members to implement changes to police practices and training.  Jack reviewed prison policies and protocols and toured state facilities to ensure compliance with federal law and court-enforceable settlement agreements; drafted quarterly and annual compliance reports filed in federal court; and represented the United States as lead counsel in evidentiary hearings to apprise the court and the public of police officers’ efforts to comply with settlement agreement requirements.  Jack has investigated and monitored law enforcement agencies in Cleveland, Ohio; Suffolk County, New York; Maricopa County, Arizona; the U.S. Virgin Islands; and elsewhere.

After moving to Southern California, Jack worked in private practice for two years before joining the Office of Independent Review. Prior to law school, Jack spent seven years as a reporter for various daily newspapers in his home state of Georgia and three years working for a nonprofit global relief agency that provides healthcare for people in developing countries. Jack also served in the U.S. Army, and deployed to Iraq in 2003 as a combat photographer and paratrooper.